Some reviews just seem to write themselves. Those are the fun one, both for me to write, and hopefully for you to read.

And then there are reviews like this one, where I just stare at the blinking cursor for what seems like hours. Sigh…

This happens when I neither liked nor disliked the book. Strong feelings make for great reviews. But mediocre books make for mediocre reviews–what in the world do I say about books I have no emotion for? 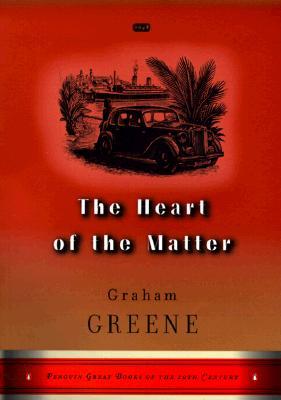 The Heart of the Matter is one such book. It was next up on the Boxall’s list, so it hit my TBR this weekend. And really, it wasn’t awful. I just don’t have any real emotion about it.

It’s about a police officer, Scobie, in a small West African town, torn apart by war. His wife is ashamed when he is passed over for a commission, so she whines until he sends her to South Africa–with money borrowed from a skeezy diamond mogul. While she’s gone he has an affair with a shipwrecked widow.

It’s very 1950 dramatic. Which is to say…bland for today’s audience. The officers are all white men who have “boys” as servants, and drink pink gin and scotch. Again, it’s just one of those “literatures” that has probably been on a must read list for decades and it’s just not really relevant anymore. *meh*

One thought on “The Heart of the Matter”