I’ve reviewed Ann Patchett here before, and I just love her writing style. It’s simple, but her voice always changes to fit the characters–and those characters are never the same from book to book. 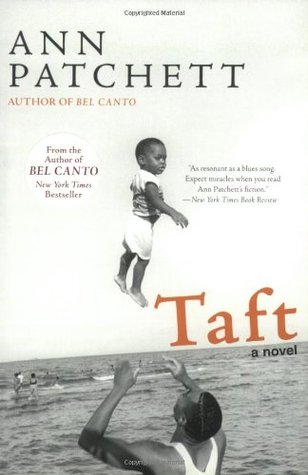 Taft is one of her lesser known books, but just as well written as Bel Canto and Run. It follows an ex-blues musician, a drummer, through his life behind a bar. He runs a Memphis club called Muddy’s, an honest living, since he’s trying to convince his ex-wife to bring his son back home from Florida. He hires a young girl as a waitress, and becomes close with her and her brother…and that situation brings trouble to his bar and his life.

Ann Patchett does a great job of capturing a Memphis old school bluesy club voice for the narration. You feel like you’re sitting on a stool listening to some bartender telling a story as he polishes glasses with an old white cloth. The characters are diverse, but linear. Patchett gives you only the people you need to know about and no more.

I did have some trouble determining the time period for this book, and I wish she would have given a better sense of setting at the beginning. At first, because of the voice, I was thinking 60s/70s, but the longer the book went on, the later the period seemed. Then, towards the end, the boy mentions Michael Jordan, so it must be at least the early 90s. Parts of the book could span that long, but it’s really hard to figure out exactly what space of time you’re in.

Taft is a simple, linear read about simple folks. There’s nothing terribly complicated about this. Some questionable morals at parts, but for the most part, it’s about good people just trying to get through life. As always with Ann Patchett’s writing, the prose is beautiful, and so I’d recommend it if you want a break from more twisted plots.