Growing up, one of my favorite books was The Lion, the Witch, and the Wardrobe. I didn’t read the full series until I was in college, but that first book is just so magical, isn’t it?

As a kid, you don’t really understand the religious subtext behind it, and I suppose that’s the point, really. It’s a way to put big themes into a parable that kids can understand. 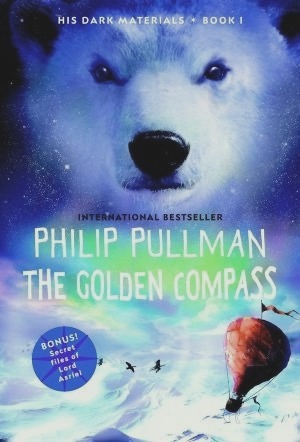 I remember when The Golden Compass was being made into a movie, how everyone was up in arms. OH NO! How dare someone make a book that challenges CS Lewis’s Christian version with atheism.

For me–I tend to take the religious subtext out of a book like this when I read it. I mean, I definitely see it, now that I’m old enough to understand the theories, but it’s not what is important when I’m actually reading/reviewing. Not compared to the fantasy aspect. I am much more interested in the story and the characters. The adventure. I can theorize later, privately.

On that front, alone, comparing it to CS Lewis, Lewis wins. I did not think Pullman’s book was nearly as well written. His character, plot, story…none of it was very interesting to me. I expected this to be a quick, one or two day read, but it didn’t hold my attention at all. I didn’t care what happened next. I wasn’t even rushing at the end to get through it–I had 20 pages left and I was procrastinating online because I just wasn’t interested in the ending.