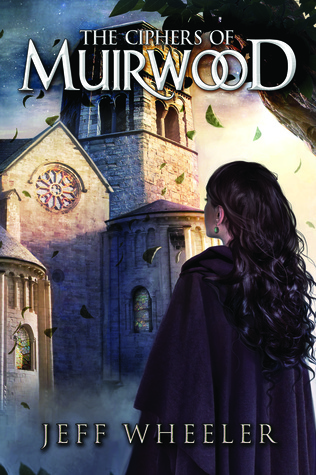 I don’t know if you have noticed but I have been reading some pretty HEAVY stuff lately. Four of the reviews I’ve done this month have had the word “dark” in them. Two of the others have been about war. Whoa, Haley. I think it’s time to back read something lighthearted, and soon.

You guys ok, out there? Sorry for all the doom and gloom! It wasn’t on purpose, I promise!

I’d love to tell you this review is better…but, it’s another book of war. *grimaces* Sorry….but it is a magical war, so that has to count for something. Stick with me. 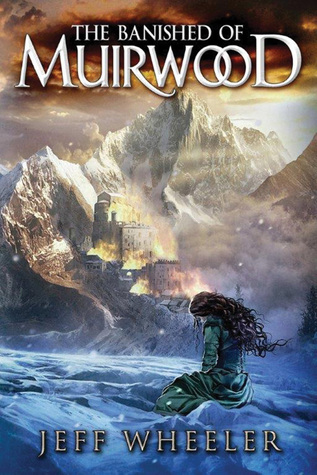 Jeff Wheeler apparently woke up from a dream one night with a girl in his head. He luckily had paper in his nightstand and ferociously began scribbling about her evil father and the man hired to protect her. Since then, he’s written stories about his world of Muirwood, but is finally releasing Maia’s story.

Maia is born princess to a king who doesn’t quite know how to handle his own power. He’s almost a Henry VIII kind of guy, and banishes her mother so he can take on another queen and thus another kingdom. In doing so, he must banish Maia and disown her, even as he claims he loves her. Along her path, Maia finds herself with a great deal of magic, and even greater trouble.

While this is definitely fantasy, Wheeler built his world of Muirwood upon a base of real ancient history references. Or, at the very least, references to places from real authors. There is a character, “the kishion,” which when I Googled, pointed to Kadesh in Galilee. Another reference, “aurichalcum” is a metal Plato references when he talks about Atlantis (obviously that one is more about the author than the place). There’s a few more things that build upon ancient Greek culture or works. I mention this because while the premise for the story came from a dream, and there were certainly made up places, names, and language in the book–it was obvious to me while reading that Wheeler had done quite a bit of research before sitting down to write. I would be so interested to see his notes. It fascinates me how authors create and build their ideas and from where they pull inspiration.

I will say, that at first I was unsure about the writing. Maia was banished, running, in obvious danger. Then she just shows up at a random inn and the hunter she needs is at that exact place (very Strider from LOTR), and she just gives him her full name, title, problem, all of it. And he agrees to help her with no suspicion or confirmation whatsoever. Well, ok then! There were a lot of holes in the first 10% of the book. It made me a little weary.

However, shortly after I made that note in my journal, the book picked up and I started getting answers pretty quickly. Maia is still pretty naive, really throughout the whole book. But, I think that’s more of a character flaw than a writing issue, once I got into the meat of the story. Give it a chance past the first 20%, it’s a slow starter, but it does become a valid fantasy after that. I’ve added the rest of his Muirwood history to my TBR–I am wondering if those would help the beginning holes at all. Sounds like he’s also working on a second book to Maia’s story, woot!

NetGalley provided this ARC for an unbiased review. To be released on August 18.