In March 2006, Dan Brown published The Davinci Code, and the world went crazy for it. The mysteries of the Templar Knights and the legend of the Holy Grail–that’s been in so many movies and books, it was destined to be a best seller. I fully admit to having a serious professor crush on Robert Langdon.

A lesser known book came out just a few months later in November. Raymond Khoury published The Last Templar. It’s been awhile since I’ve read it, but I remember it as a cop thriller mixed with historical romance. Khoury just came out with a sequel, which I picked up. I will probably reread the first book again before I tackle the second so maybe I’ll do a dual review.

The Templar Knights mix in to my fascination with lords and ladies and love of all things medieval. Their legends are all around mysterious, and their legacy branched into so many dark and secretive organizations. I’m sure most of it has been exaggerated in fiction, but it sure is fun to think about. 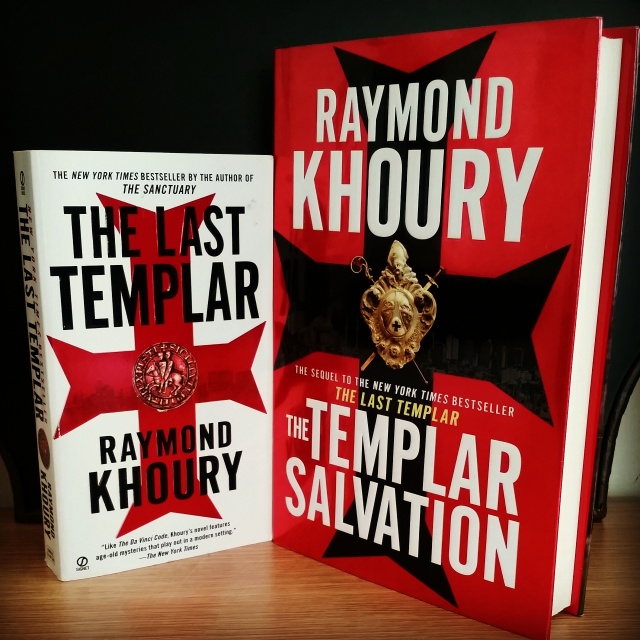