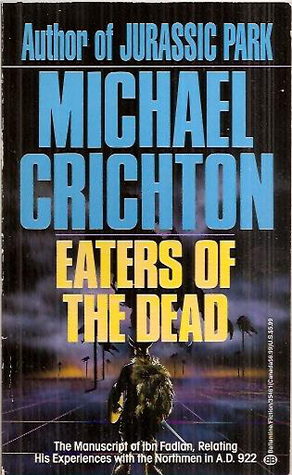 If you didn’t know this already, I am a big Michael Crichton fan. We own several of his books, so I’ve been working my way through them, and the ones that I read are completely thrilling. Prey and Next and OF COURSE Jurassic Park. I mean, he basically wrote the book on dinosaurs, right? Fiction anyway.

So when I started reading The Great Zoo of China, and a crocodile expert gets invited to this brand new mysterious “Disneylandesque” park in China…of course my radar is going off like crazy. I’m practically screaming, “WE DID THIS ALREADY!!!!!!!”

And then the author goes and freaking references Jurassic Park. HELLO. How much more obvious can you get? We know your book is exactly like Michael Crichton’s. Please, give me something different.

Ok. So, there is something different, and awesome and fun about this book. I can’t really tell you what is different, because that will give away the surprise. And, I enjoyed the book…because it is reaaaaally similar to Michael Crichton…obviously. Any fans of his are going to enjoy this book too. You’re just going to be yelling the whole time because, well, you’ve seen this movie already.

Matthew Reilly’s book is for sure a page turner, and is full of action. The main character is a kick ass female too, which is always a plus. Even though it’s a familiar plot line, I still recommend it. It was a fun read, and I really liked the twist on an old favorite.

Disclaimer:  Received for free from NetGalley

Fulfills PopSugar #13: A book set in a different country

There’s something to be said about old libraries, all the old leatherbound copies, the books all the same size. I’ve said it before, I love the aesthetics of that type of shelf.

However, I also love looking around my office and seeing all the different colors and sizes and textures. It pleases me immensely to have so many books. Most I’ve read, some I haven’t. Some…I never ever will.

The book that stands out the most is this one–Airframe by Michael Crichton. 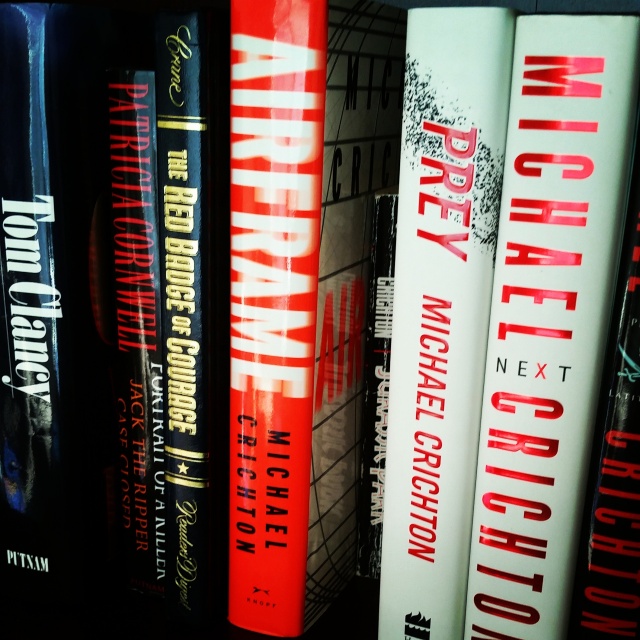 This picture doesn’t really do justice to just how NEON ORANGE the spine really is. It is SO BRIGHT, people, and it catches my eye, constantly. I haven’t read it yet, and I’m not sure how it’s escaped so far, since it’s always right there, jumping out at me. It’s right at eye level by the door, too. SOOOOOOON, it seems to say. SOON.

They are the books that keep me up at night, not just because they are scary, but because they keep me turning the pages until I get to the end. I have to know what is next. I think, “Just one more chapter.” But at the end of every one, a cliffhanger.

These are just the few that I’ve read that I own. We have so many more Kings that I haven’t gotten through yet, and that needs to change soon. I totally plan on reading IT this month.

Microscopic evolving robots that kill humans by suffocating them from the inside out? Oh, and they were originally born by scientists who wanted to study the body and learn more about cancer and other terrible diseases, but instead, the swarming robots morphed into a self-propelled biomechanical warfare…

Why is this not already a movie? This thing would be a blockbuster! Have some Hollywood action superstar in the lead and it would sell like hotcakes.

I’d go see it for sure. I loved this book. It might have been difficult to do with the cinematography abilities back when it was written, but come on Spielberg…you can totally do this now!

Bring back Crichton! (And I’m not just talking about a fourth Jurassic Park movie.) 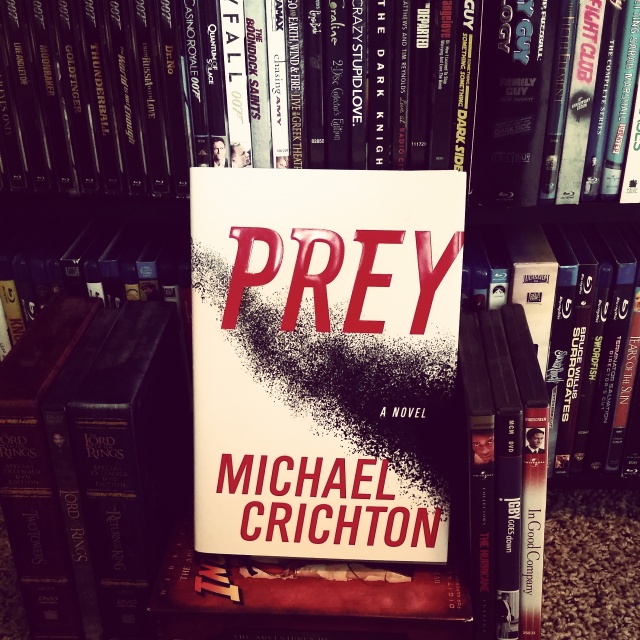 I love coffee. LOOOOVE it. I used to drink it every single day. I worked in a coffeeshop, so I had easy access, and used to down straight shots of espresso like they were water. mmmmmm

But then, my migraines started getting worse, and I ended up in the hospital. I found out caffeine is a trigger. I had to give it up cold turkey. And found out that caffeine is DEFINITELY a drug. I still crave it every day.

That was 6 years ago, and unless a barista “accidentally” gives me caffeine when I order decaf, I haven’t had any. Phew. That’s a long time! I will have a cup of decaf coffee or a latte every now and then, but I have to watch even how much of that I drink.

I was pretty excited to see today’s theme because it meant that of course I HAD to have a cup so I could take a picture, right? The book doesn’t have anything to do with coffee, really, though they offer it to each other a few times when the guys are trying to work out the computer logs that Nedry screwed up. 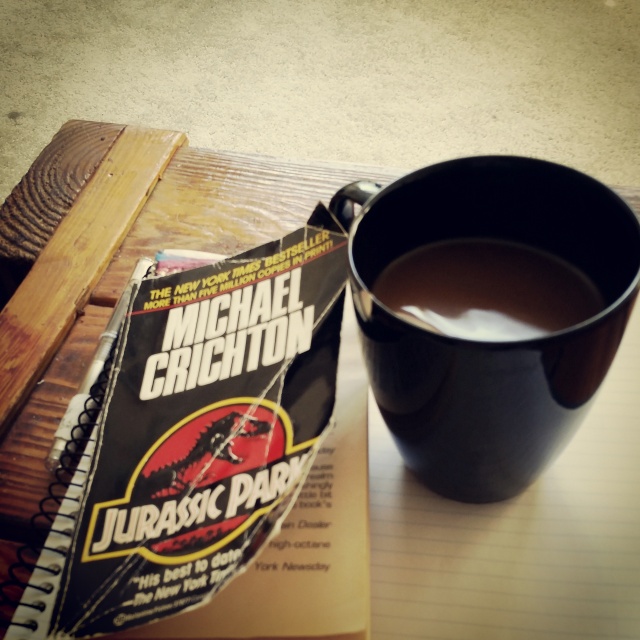 The Telling Room by Michael Paterniti

Getting over Garrett Delaney by Abby McDonald

Jurassic Park by Michael Crichton–A reread, but it’s up next for book club.

I put Cinder by Marissa Meyer on hold, but I’m 11 people back, so we’ll see how long it takes to get it. I keep seeing everyone talk about that series, so I can’t resist any longer. 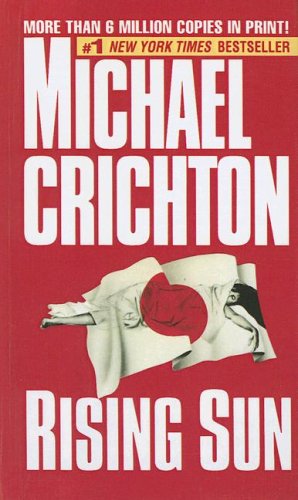 Farewell to Arms by Ernest Hemingway

The Eye of Minds by James Dashner

Behind the Beautiful Forevers by Katherine Boo

I just started both of the books in my top list, so I haven’t picked what is up next! We’ll see! I have a George Washington spy book that’s next on my library list, which would normally be what I would go to, but I just bought an awwwwwwwwwwwful lot of books lately….

I’ll be real honest. This one had me absolutely stumped. MILKSHAKES? When have I read about milkshakes? Diners immediately came to mind, but for the life of me, I couldn’t think of a single book. I had a particular scene in my head, but it was absolutely vague and I have no idea what it’s from. Nope. Nada. Scanned my bookshelves. Nothing.

Then my eyes landed on this.

It’s a total cop out. The little girl in the movie wanted ice cream right? And the kid traps the velociraptor in the freezer. It’s been too long since I read the book to know if ice cream is actually involved in any of that. But milkshakes are made out of ice cream, right? So….ok. I know it’s a stretch. But it’s all I’ve got.

UPDATE 6/14/2014:  Reading this now and I am super excited because I found out I actually DIDN’T cheat. Lex totally wishes for a milkshake. SCORE!