Why are so many of our famous love stories such toxic ones? I guess we all just love drama. “Ordinary loves” are boring. 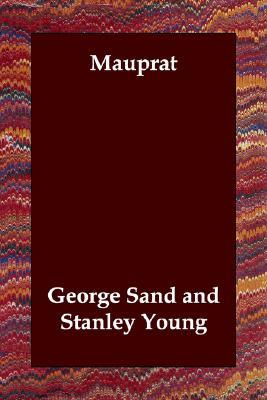 Mauprat is one of those super dramatic love stories. If you want to call it a love story. It fits into that brooding, toxic, anti-hero theme similar to Wuthering Heights.

The story begins with basically a “pack” of psychopathic male family members who capture a young woman with sinister intentions. Their nephew Bernard saves Edmee on the condition that she promise to marry him, which she recants as soon as she is safe at home. Because, she says, who wants to marry a wild man?

He has fallen instantly in love with her, as men do, so he agrees to become educated. She keeps in on the hook for years, even though she is engaged to someone else. Sometimes she claims to be in love with Bernard, sometimes this other guy, sometimes she says she will never marry at all. The whole thing is ridiculous. Bernard even goes to fight in the American Revolution for awhile, but still comes back under the pretense that Edmee loves him.

I won’t tell you what happens in the second half of the book, but the drama only increases, and just…UGH! Enough already! Still, I had to read the whole thing, to find out what happens.

Of course I did.

I’m really not surprised, after reading Elizabeth Berg’s historical fiction bio, that this is George Sand’s version of a love story. Sand’s romantic life was such a roller coaster, so perhaps this sort of up and down all over the place DOES seem romantic.

The mike drop quote of the book is this:  “We were two exceptional characters; our loves had to be heroic; the beaten track would have led both of us to ruin.”

Pretty intense, right? In my opinion, the couple did come pretty close to ruin, in the end, and not so close to heroism. Either way, I’m surprised this drama isn’t more popular in the world of classic fiction. If you are a fan of Bronte, you’ll like this one too.