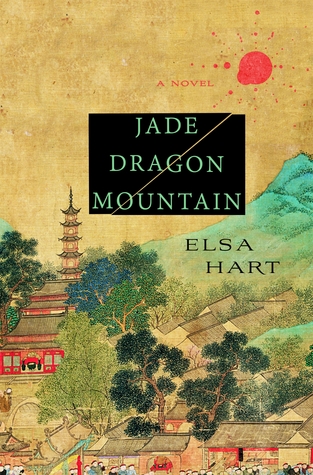 The thing I love about fanfiction isn’t the smut.

It’s a little bit the smut.

But mostly, it’s that we as readers are never satisfied with THE END. Even after reading the most briliantly written book–maybe even more in that case–we always want more. What happens after the war is over and the rubble is swept away? The mystery is solved, so Sherlock and Watson just go back to smoking their pipes?!

NO! Of course not!

These characters are real to us. They are family, it’s personal. We may not have invented them, but we are invested and they must continue on with their lives as we do.

Most of us have our devoted ships, and we will go down to the depths with them. For me, it’s Johnlock and Drarry. And Hannigram. GODDAMN YOU BRYAN FULLER WHAT THE HELL?! I am amused by a few others, but those are the two I read the most.

Don’t come near me with your Sherlolly and Dramione. Get it away from me! *Shudder*

The world of fanfic is comprised of countless writers and artists who create amazing works for their OTP. The theories and stories range from almost cannon and totally plausible, to completely off the wall and nonsensical. Everyone has their niche. There are some seriously talented people out there. The stories are beautiful, funny…and yes, many are gloriously dirty. And really, they can’t even be called stories, as some are longer than the books they are about. The art is just as gorgeous, some based stricly off the canon characters, modeled after someone’s fanfic, or the artist completely creates their own interpretation of the fictional world. I cannot reblog it all fast enough.

Reading Drarry before bed has become my “guilty pleasure.” Except I don’t feel guilty about it. What better way to unwind at the end of a stressful day of fighting fires at work and filling my brain with new information, than to dive into my favorite place of all–The Wizarding World of Harry Potter–with a few fun twists thrown in? I especially like the ones from after the war–8th year or later, when they adults, trying to find their way. A little hate, a little lust, a little love. It’s all great fun.

What kind of fic are you drawn to? Who are your OTPs?

This weekend completely knocked me off my feet, so I’m sorry for the wonky blogging. I completely neglected yesterday, which was supposed to be Hero/Heroine. Today is OTP (One True Paring). Thankfully….I can cheat and wrap these up in one post! Phew, problem solved.

Let’s face it, my real OTP is Johnlock. No question. But…that’s TV (yes, I know it’s a book too, but it wasn’t really prevalent until Cumberbatch and Freeman, because…reasons), and this is a book challenge.

And so I flip to two more of our favorite paired heroes. Mr. Frodo and Samwise Gamgee.

I know, I know. Heroes, everyone understands. But an OTP? Really?

I think I’m probably the only person in the world who ships them. But, for some reason, I always did. In the books, and ESPECIALLY in the movies, when they were closer in age. Sam obviously loves his Mr. Frodo, and Frodo, even in his distraction, needs Sam. He could not have completed his quest without him.

British Television, you are a cruel, cruel master.

I will admit, I am a bit of a anglophile. I think I’ve read more on British history, literature, etc than I have American. I don’t know why. There’s just something romantic about that culture.

And the men. Oh the men. They don’t make men like that here. We have pretty boys, hipsters, country boys.

OK, Haley, back on topic.

I think everyone reads pieces of Sir Arthur Conon Doyle’s Sherlock Holmes at some point, if not the actual books themselves. We grow up hearing about the Sherlockian adventures. They are so archetypal in our culture today. And because Doyle wrote the adventures as short stories, teachers and their textbooks can break them apart individually.

Not only that, but the Sherlockian archetype has been morphed into multiple characters in different shows and movies. Of course you have the actual Sherlock shows through the years, but then you also have characters like House and Gil Grissom (from CSI) that follow his same personality traits.

I’ve always been drawn to that mysterious, introverted character. He’s brilliant in his observations, and so exceedingly aware of it.

I started seeing references to the BBC show Sherlock on Pinterest, and became hooked before I even watched my first episode. When I found out it was on Netflix, well, it was over before it began. And now I am 100% a part of the fandom. And once you’re in….oh man. There’s no turning back is there?

Benedict Cumberbatch is just as brilliant as the character he plays. The curly-haired manic genius he becomes takes your breath away as he dashes facts all over your screen. You will have a hard time keeping up as he connects the dots, and makes things make absolute perfect sense.

And I would be remiss if I left out his relationship John Watson. Now, we are in hiatus at the moment, and the fandom has quite lost its mind. While I enjoy the ship…I doubt the show itself will actually go too extreme in that direction. However, I do think Sherlock loves Watson deeply and the little pieces of affection, and watching him barely contain control is so interesting. Cumberbatch is so good at just giving enough there. A little tweak or brush. A crinkle of his eyes when he smiles, and Sherlock almost never really smiles. But just enough. You guys know what I’m talking about, especially the shippers, because oh how you screen shot EVERYTHING. I love it!

Like all of you fans, I cannot wait for Season 4. Hopefully they don’t make us wait too long. His hair sure is getting curly. Think he’s growing it out? One can only hope…