You know…there are just some reviews that I do not know how to write. I just sit here with my mouth open a little flabbergasted.

But, since I can’t move on to the next book until I review (kind of a cathartic/cleansing process), it must be done! 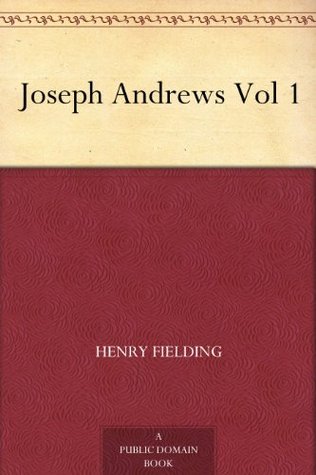 When I think of England 1742, I do not think of comedy. I think of pomp and red coats and powdered wigs and tea. Very high brow, pinky in the air type stuff.

But, I suppose, every generation has their own form of entertainment…and Henry Fielding was apparently it. Unfortunately, it didn’t translate to well to “funny” in 2015. Socially on point, maybe. Funny, no.

At one point, a woman all but forces him to have sex with her because she absolutely does not believe he is a virgin. He is a man, and poor, so obviously he is promiscuous, right?

“I can’t see why her having no virtue should be a reason against my having any; or why, because I am a man, or because I am poor, my virtue must be subservient to her pleasures.”

The woman goes on to say, “I am out of patience.” And then continues to bully him into giving it up because she is SO superior to him. She strips him of his wages and position in her rage.

There are other similar instances, and all of them are supposed to be, as Fielding calls it, “burlesque,” or slapstick. They are meant to be comedic, and not serious. However, in today’s culture, I think it’s a great example of how sexual pressure can go either way. I realize it is fiction, but to have this example from 1742…it just stuck out at me as something to keep in mind.

One really obnoxious thing about this book are the characters’ names. Some are normal:  Joseph, Fanny, Pamela. But you know a character is going in the story for dramatic or comedic effect based on their name. People like Lady Booby, Madame Slipslop, and Constable Suckbribe. I WISH I were making this up. Constable SUCKBRIBE?! I mean…really. I guess that’s slapstick in 1742. Someone please write an SNL skit for this. Please.

I do feel like he spends more time explaining his book than actually having a book to explain. He gets sidetracked or something, I’m not sure. We’ll be in the middle of a scene, and it’ll be like “Squirrel! Oh, let me explain to you a thing.” And he’ll go on a tangent about the chapter headings. What?

Weirdest book ever. Ok, probably not. But it’s definitely up there. I’m not sure I have the brain cells necessary to try for Vol. 2, so I’m just going to list it and move on down the line.