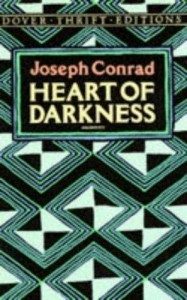 I feel a bit like I am waking up, being born. I understand, now, those grumpy Victorian men in movies who think women should not be allowed to be educated–“It isn’t right! They’ll get ideas!”

Yes…I am getting ideas. I am learning. The world is getting smaller. The more I know, the more I want to know. I have always read, but not like this. I am no longer reading only for entertainment…I am seeing things that I haven’t seen before, understood before, and maybe it’s because I didn’t want to. I don’t know. But my eyes are starting to open. And I’m not yet completely sure how I feel about it. I just know I can’t go back. 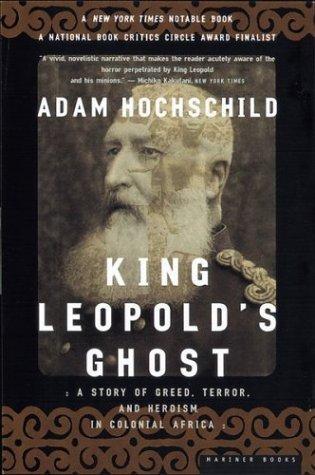 I just finished reading a book about genocide. And not just any genocide–because I’ve read about the Holocaust, which, don’t get me wrong…it’s one of the most awful historical topics a person can read about–but one reads and hears about that period of history from the moment we enter school. But this particular horror was one that I had never even heard of. Sure, I knew that there was colonialism in Africa, that at one time there was a fight to explore such a vast, unknown continent. And somewhere in the back of my somewhat intelligent brain, I knew it probably wasn’t the kindest or PC event in human history.

But, when I think of whites “discovering” Africa, the period of history I think about is the Slave Trade. So, when I first picked up Adam Hochschild’s book, that’s what I thought he was writing about. Even the subtitle of King Leopold’s Ghost, kind of sounds like it might be related–“A Story of Greed, Terror, and Heroism in Colonial Africa.” To be completely honest, I thought it was going to be about the breakdown and halting of the slave market. I wanted to see the end of it.

King Leopold turned out to be Leopold II, King of Belgium, who, because he thought his country too small to be impressive, decided he needed a gigantic colony on this brand new continent that everyone was talking about. So he teamed up with the world’s best explorers, and convinced everyone he was going to be a humanitarian, and stop that slave trade we talked about earlier. (So, at first, I was still convinced this was going to be a really great, positive book.) Again…so, so, so wrong.

Instead, they discovered ivory and rubber, which of course (in their mind) required native Africans to poach and harvest and porter. And if those natives did not cooperate, they were whipped with brutal instruments or just killed openly.

The longer I read this book, the angrier I got. Mostly because of how cruel everything was–I have notes upon notes upon notes in my journal, because it was the only way I could process what I was reading. To say this book made me cry doesn’t do it justice. It made me sick to my stomach. It also made me angry because aside from “Oh yeah, there was some colonialism in Africa in the late 1800s,” I have never heard of ANY of this happening.

There’s this term being thrown around a lot right now–“White Privilege”–which, I’ll admit, it makes me cringe. Not because I think I’m not privileged…I am. I think it just stings because I want to think myself as one of the good guys, someone who wants to love everyone and help where I can help.

But goddammit. White Privilege is all this book is about. That term played over and over in my head the entire time I was reading this. White Privilege took over the Congo, and tore it apart.

There were some great people trying to fight against colonialism in this horror story, but the bad far outweighed the good, unfortunately. I have a lot of emotions, questions, and I don’t know what else to think on. This is not a book that you just move on from. For my sanity, I’m going to read something…lighter…and then I’m going to read Joseph Conrad’s Heart of Darkness, which is his fictionalized account of all this. And then, I don’t know what’s next. I am not done. It may not be the same subject, the same period of history, but I’m not done. I refuse to be numb.