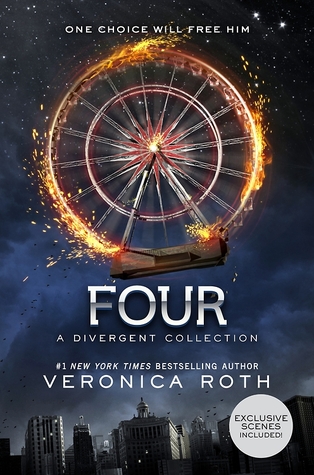 I’ve been pretty fortunate lately, in that my book buying has been able to go up exponentially from what it used to be. I can buy a book or two when I feel like it, and add to my collection.

I have been buying piece meal over the last few weeks, so I have some new orders coming, but here was a big one I did shortly after the holidays.

I am so excited for all of these books. Those Mark Twains are gorgeous–from the 1920s! They are not in the best condition, yellowed, and a little beat up, but the binding is so lovely, and the pages smell so good! The other three classics are more modern printings of leatherbound classics, but they are pretty! The rest are just very necessary additions to my collection. Some I’ve read, some I haven’t.

I’ll post another haul, probably on my Instagram once I get all of my packages, so keep an eye out! Lots of fun things to come.

I used to buy all used copies of books. Why spend the money on the new ones when I was just going to wear them out? I don’t remember the name of the site now, but I was part of this club at one point where I could trade back and forth with other members and get new “old” books all the time, just for the cost of shipping.

And then I discovered SERIES. Beautiful. Matching. SERIES.

You can’t just go buy used copies of them, because you’ll almost never find a matching set. It is possible, but difficult. Especially in the right condition. And it is so much lovelier to find them in a boxed set, if they come that way! Of course, that means I can’t buy it until after I’ve already borrowed the entire thing from the library…or wait until I buy it to read it. Catch-22!

Still, buying whole series and seeing their gorgeousness is definitely a guilty pleasure of mine. These are just a few of them, I have many more!

I took this picture a few days ago, so maybe it’s cheating a little bit. But the weather here has been crappy, so the only person I have “seen” reading has been me. And it’s really hard to take a picture of myself reading.

I thought it was a pretty good “Tumblr” picture though! Thanks to the rain the lighting was very soft and booky. If there is such a thing…

For the longest time, I never let myself reread a book. Once I was done with it, I’d trade it in, move down the list, and never look back.

Why would I waste time reading something that I’ve already read? There are so many other books on my list, and that list is constantly growing.

But then…I started branching out from the Nora Roberts’ romance novel pattern, and read Jane Austen for the first time. I had read The Thorn Birds before, but I READ IT AGAIN. *gasp* I got my hands on a copy of The Secret Garden, which was my favorite book growing up. Other wonderful books started jumping out at me that I had to read more than once because once was just not enough.

Now, my shelves are full. I buy books because I want to keep them, not for trade in value. I am constantly staring at them, loving them, making lists of what I want to read next.

The Hubs got me The Hunger Games Trilogy for my birthday, and shortly after we saw the third movie in theaters. If you saw the movie, you know exactly why I was so anxious to reread the books. THAT MOVIE WAS…WHOA.

I just finished Mockingjay last night. And I know I was keeping R awake because I was breathing so hard. Even though I had seen the movies, there’s so much in the books that I didn’t remember reading. They were just so incredibly powerful.

And I find that happens often when I reread books, especially books that have been translated into screen. I always try to read the book first–because the books are so detailed, there are often pieces of the puzzle I’d miss if I didn’t read the book first. And then I watch the movie, and see the story put together in such a strong visual way. I get to see the characters cast (sometimes great, sometimes not, and sometimes…inconsistent…*cough Daario Naharis cough*), I get to see settings like the arenas from the Hunger Games and the Pit from Divergent.

And almost always, after watching the show or movie, I immediately want to reread the book it is based on. When I do, I find a million things I’ve missed or forgotten, or in the case of The Hunger Games, I start to wonder if I even read the books at all!

It’s what I’m wondering about The Divergent Trilogy now too. But I don’t think I’m alone there. These new Insurgent trailers are so weird. The end of the last movie had us all wondering where they were going with it, and obviously the new trailer is just so different from the book. I have no idea where they are going with this series but I’m going to have to reread the books soon, I think.

Where do you stand on rereading books? Any favorites?

Divergent. I’m not even sure where to start with this review. I loved this series when I read it the first time. I blew through it as fast as my grubby little hands could get it from the library (and that, unfortunately, was not very fast…). It is the very epitome of tragic dystopian trilogy.

And then, I watched the movie. And maaaaaaan how they butchered it, especially the ending. I mean what the HELL was Jeanine doing in that scene anyway?!

I was so confused by that scene that I was sure I had missed something. So when my book club chose Divergent, I decided to reread it from scratch to figure out what that was. Turns out, I was right. It was the movie that was wrong.

But, that’s not really much of a review, is it?

This is like Hunger Games without the venue. Typical love “triangle,” though Tris isn’t near as into one of the guys as he is her. There’s a whole lot of violence and drama, of course. Pretty much everything you expect from this genre.

The politics get a lot more alarming as you get into the second and third books. It’s always very freaky to think about what governmental crises could look like someday. Who knows what it will come to be? I am not a political person, but I think that is what draws me to this type of book. The curiosity of what may happen sooner or later.

As I Lay Reading
Blog at WordPress.com.
Loading Comments...