Psychology has always been one of my favorite subjects of study. The brain is such a complicated infrastructure that I never cease to be amazed by its never ending facets. There’s just so much to learn and to discover. I have often wished I were more scientifically inclined so I could study it as more than just a hobby and interest. 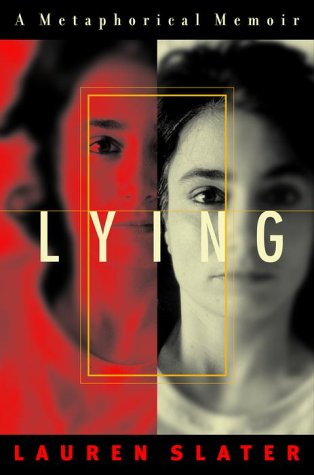 Lauren Slater’s so called memoir makes a fascinating case study. At first, she writes simply as a girl with epilepsy, learning how to balance her disorder with puberty. But the further into the book you get…the more you start to realize something is just off about Lauren. Maybe the epilepsy isn’t real. Maybe it is, but she’s exaggerating, as she claims herself to be doing…or maybe you are just trapped in a completely different fantasy of Lauren’s brain.

By the end of the…memoir…it is hard to tell what end is up. What kind of story did I just read? There’s even a chapter to the publisher with instructions on how to market it. Should it be fiction? Nonfiction? Faction?

It makes me think of David Sedaris–who I hate, by the way, because his “nonfiction” is so clearly exaggerated in a very disgusting manner. But this is different, somehow. Lauren is completely upfront with the fact that her fiction is not altogether fact. It’s almost as if she’s trying to figure out herself if her brain is making up her life or if her life is making up her brain.

Either way, if you are interested in the field of psychology at all, this book is definitely a great read. Be prepared for a wild ride that will twist your brain all over the place! 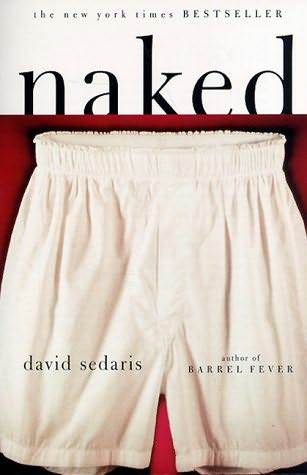 I always think I’m going to like his books, and then I just come away with such a bad taste in my mouth.

When you start reading one of his stories, they are perfectly normal. Sure, they have that kind of sienna 1960’s haze over them. Everything is kind of a goldenrod-brown color, and everyone is drunk. They have to be, right? I start to get the feeling, as I’m reading, that David is that guy in your favorite bar, who is just this side of wasted, who you know has one hell of a story to tell. But, instead of telling THAT story, he tells just about aaaaaaaany other story he thinks you MIGHT believe….just so he can avoid telling the one he really doesn’t want to let out.

Surely these stories have to be fantastical. Maybe that’s why they are so popular. Because none of us are twisted enough to go hitchhiking down the highway with a quadriplegic and steal from everyone. But, it just sounds plausible enough to work in an independent film type of way.

I don’t know. I don’t really buy any of them. I think he’s like a comedian, who has had one or two funny things happen, and then has enough talent to expand upon the weirdness and play to his audience. I wouldn’t necessarily trust this to be true nonfiction. But hey, if he can sell books, all the power to him.

What do you think about Sedaris’ “memoirs?”