The Undertaker’s Daughter by Kate Mayfield

Travelling to Infinity by Jane Hawking

After reading some very droll old literature, I was ready for something with a little more POP to it, to finish out the year. Thankfully, Robinson Crusoe was next on the Kindle list. 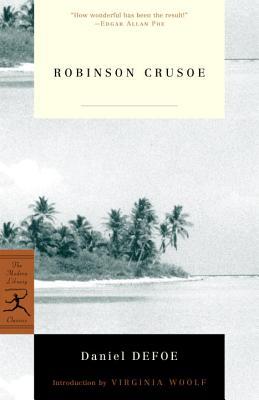 I can completely see why this book is so popular. It may not have the same thrill as it used to, but I can picture dad or an older brother reading chapters of this before bed, siblings tented under sheets with flashlights after lights out. And, I’m sure, even though it did have cannibals and mutiny, there was also quite a lot of Bible included too, so Mother would approve.

I have mixed feelings about this book. The survival story on its own was very interesting. We joke about Tom Hanks going crazy in Castaway, having a volleyball as a friend, and he wasn’t even alone that long. Crusoe was on that island for almost 30 years! He built a farm, raised goats, built a boat to get around in. He didn’t just survive, he THRIVED.

I start to struggle a little bit towards the end of the book, mostly once he “saves” Friday. Here you are, you FINALLY interact with someone from another culture, and instead of listening to them, learning from them….NOPE. Everything he has to say is wrong. WRONG WRONG WRONG. I’m not saying he should have become a cannibal, but talk about whitewashing. Down to the fact that Friday called him Master, and Crusoe never did learn Friday’s real name. GRRRRRR. I guess in my head there’s ministering…and there’s shoving things down people’s throats.

Told you I had mixed feelings. This will probably get 2 stars from me. It’s good writing as far as literature goes, for the time period, and longevity. But, some of the subject matter just hit me the wrong way.