A few weeks ago, deep into my reading slump and looking for brain food, I flipped through TED.com and found a talk given by Anand Giridharadas titled “A Tale of Two Americas, and the Mini-Mart Where They Collided.” He told the compelling story of a young man from Bangladesh working at a Dallas gas station, and the white man changed his life forever with a rifle full of birdshot. After listening to the speech, I had to order the book from the library. Not only was the story incredible, the fact that it was literally so close to home–I just had to read the whole thing. 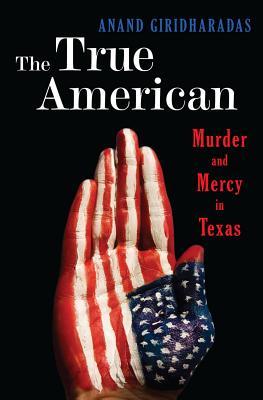 I was not disappointed. The author/narrator of this true crime (for lack of a better genre) story is relatively silent. You know who is telling the story, but as he states in his Author’s Note–he tries to stay out of the picture. This story isn’t about him. It is almost documentaryesque in form because of that.

This creates a very informative and involved picture of multiple points of view:  Rais (the victim), Mark (the shooter), and their families and friends who were involved afterwards.

Why is this such an interesting story? Some guy shot another guy at a convenience store. We hear about that all the time. There’s a few differences.

First, the shooting itself. This was only a month after September 11, 2001. Mark was enraged after the attack and in his words, became a “white terrorist.” His hatred for Arabs caused him to shoot 3 men, Rais being one of them (and the only survivor.

The second half of the story is what Rais does after he heals. I mean this guy is just…Captain America, basically. Seriously, if anyone deserves to wear that shield, it’s this guy. I’m not even going to tell you. At the very least, watch the TED talk. I would encourage you to read the book. It’s going to change your perspective on some things, I promise.

In this day and age, we really all need to think a bit more like Rais.