I knew I wouldn’t be able to wait very long before reading the next book in Savannah Grace’s saga. I was really looking forward to experiencing the next leg of her family’s trip, and I wasn’t disappointed! 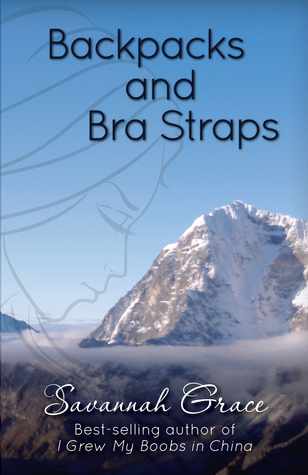 Backpacks and Brastraps follows the family as they take a short, and slightly scary, stint up into Russia, through a few Central European countries and into Western China, Tibet, before finally arriving in Nepal in time for trekking season.

Savannah’s writing is really taking off in this second book. I could tell that she’s becoming more and more comfortable in her own skin as she’s out in the world, and she’s discovering more about herself. She’s not nearly as much the whiny teenager as she was in I Grew My Boobs in China, although there still is a bit of that, she is settling down and opening her eyes. I was pretty amused when a friend from home joins them for the trek in Nepal and Savannah almost rolls her eyes at her inexperience.

Overall, though, I love these stories and I can’t wait for the third book, which, sigh, isn’t due out until August 2016! I’ll have to mark my calendar for that one.

One thought on “Backpacks and Brastraps”