Hemingway, you can just Obscenity OFF!! 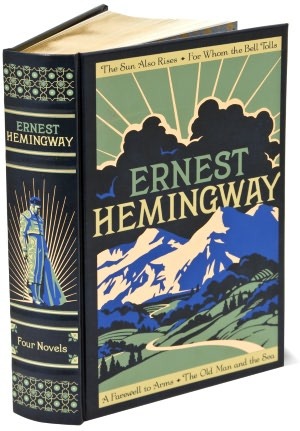 And yes. He really does replace the F-bomb with the word Obscenity in For Whom the Bell Tolls. It’s about the most annoying thing ever. That, and the Thee and Thou and Thy. Am I reading the King James Version of the Bible?                             OK, so that’s it. That’s my whole review.                               What are you still doing here?               I’m serious guys. That’s it.                               Ugh. FIIIIIIIIIIIINE. This was a beast, and I really don’t know what I think about. It definitely doesn’t have the normal Hemingway voice that I am accustomed to. Plus it’s about 200 pages longer. The quick random romance is there, the kind Hemingway prefers–lots of love promises, but you know it’s going to end in sadness at some point. The war is there, but I know nothing about WWI in Spain, so maybe that’s why I had such a hard time connecting to this book. The gypsy circle was semi-interesting, but soooooooo confusing. And the language was just really hard to grasp on to.   I did want to share one section with you, towards the end of the book. This is one of the most brilliant descriptions of sex I have ever read. And he does it without ever naming a single body part. “Then they were together so that as the hand on the watch moved, unseen now, they knew that nothing could ever happen to the one that did not happen to the other, that no other thing could happen more than this; that this was all and always; this was what had been and now and whatever was to come. This, that they were not to have, they were having. They were having now and before and always and now and now and now. Oh, now, now, now, the only now, and above all now, and there is no other now but thou now and now is they prophet. Now and forever now. Come now, now, for there is no now but now. Yes, now. Now, please now, only now, not anything else only this now, and where are you and where am I and where is the other one, and not why, not ever why, only this now; and on and always wheeling now, soaring now, away now, all the way now, all of the way now; one and one is one, is one, is one, is one, is still one, is still one, is descendingly, is one softly, is one longingly, is one kindly, is one happily, is one in goodness, is one to cherish, is one now on earth with elbows against the cut and slept-on branches of the pine tree with the smell of the pine boughs and the night; to earth conclusively now, and with the morning of the day to come.” Ok, so I was wrong. He does throw an elbow in there. Heaven forbid. But I love that, because it’s so dead on, and yet nonpornographic, like so much of today’s sexual references. We don’t bat an eye at that today, but in his time it was probably hugely racy. I still want to tell him to Obscenity Off for the rest of the book, though.

2 thoughts on “For Whom the Bell Tolls”