A Room of One’s Own…

This is one of those books that leaves me a bit mystified about what to write. Generally, I enjoy Virginia Woolf, but this is more an essay or a lecture than one of her novels. It’s also an adventure in feminism, which is a complicated subject for me. Am I a woman who believes in confidence and freedom for other women? Absolutely. However, I am far from an activist.

The essay was an interesting view into the history of feminine writing, for sure. Woolf is extremely well read, and compares the differences between the egotistical “Professor X” to the prose and poetry, or lack their of, from women through the centuries. 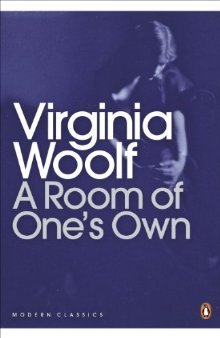 Her biggest point, and the reason for the title, is that in order to be successful, a writer MUST be financially independent and have a quiet room in which to write. This reflects in her own life–she took odd jobs to earn money separately from her husband’s income (interestingly enough, Leonard Woolf isn’t mentioned once that I saw in this entire book) to supplement her book revenue, until she received an inheritance from her aunt. She also had a room to herself to write, in which she spent several hours a day. She says several times in her essay that women throughout history are poor–as in having their own incomes–in comparison to men, and so they can never be as successful in writing. They also have a much more difficult time being alone. Travelling is less common, so their experiences are narrower. And, in her conclusion, she implores her fellow modern woman to stop having 10-12 children; to limit herself to 2-3 so she has more time to write. That may have been my favorite quote in the whole thing, I won’t lie to you.

All in all, I feel this is an important work, if not the most exciting one, especially if you are a Virginia Woolf fan. It definitely shows her state of mind and beliefs about her occupation. It also shows the state of the literature environment of the time and what she was competing against.

Do you have a favorite VW work?